I collaborate with very talented people.

They are creative geniuses in their own right and I cannot think of working without them. 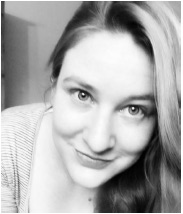 Johannesburg based television writer, storyliner and content creator, Antonia Reible has been in the television and film industry most of her adult life, though she first began first began creating other worlds and characters when she was six. Antonia started out as an intern on Generations, and worked her way up to Deputy Head Writer of one of the most viewed soapies on South African television.

She has applied the same creative tenacity throughout her career, establishing herself as an innovative storyteller on numerous productions, across South Africa’s broadcasters. Her mission has been to create and share unique and thought provoking stories. She does her best writing in coffee shops, and at home in her garden.

Antonia loves creating characters that are clever, bold and unafraid. But in real life, Antonia has an irrational fear of insects that fly, and walking around her house in the dark. Antonia wouldn’t last five minutes in one of her storylines. 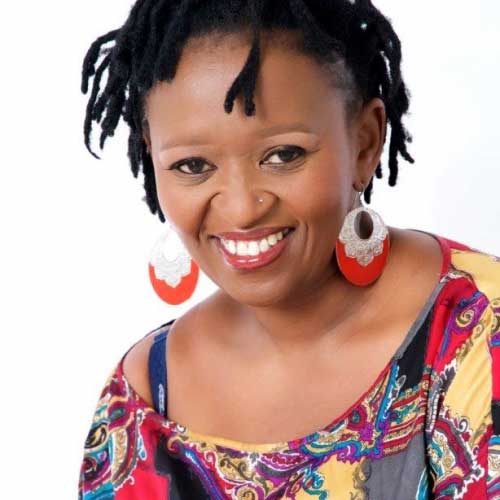 South African producer and writer for television, actress, and playwright extraordinaire. She has worked on many of South Africa’s best-loved prime time television shows such as Generations (former Headwriter / Co-Producer), Isidingo, Mzansi Magic’s Saints and Sinners (Co-Creator) as well as the telenovela, Ke That Bosiu (former Headwriter / Showrunner), Uzalo, and Erased (Headwriter / Co-Producer). As a young woman, she successfully auditioned as an actress for The Playhouse Company in Durban, selected by theatre practitioner Themi Venturas. She went on to study performing arts professionally at the Durban University of Technology and as a student, developed her interest in playwriting. Her most notable work as a playwright is Shreds and Dreams, written in 2004, which was adapted into the mini-series of the same name, and has run from 2010 on TVSA. The first short film which she co-wrote, Father Christmas Doesn’t Come Here, won Best Narrative Short at Tribeca Film Festival in 2010. Miracle (2018), a short film she wrote and produced, was Bongi Ndaba’s directorial debut. In 2017, Bongi Ndaba won a Writing Craft Gold from the Loeries for her stellar writing on Uk’Shona Kwelanga. Loeries are the most prestigious creative industry and brand communication awards for Africa and the Middle East. She also won two awards at #Bookmarks2018 Awards for her writing on the show. 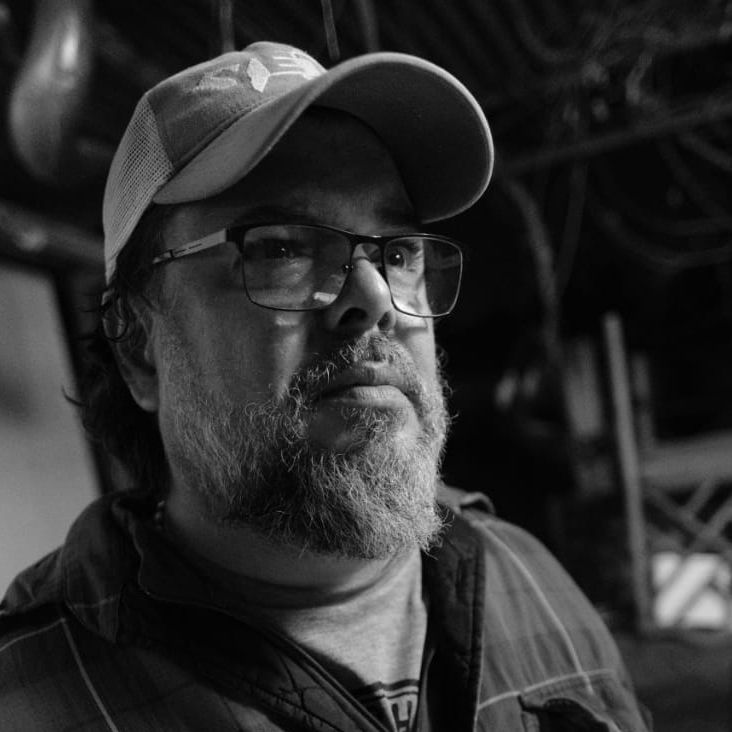 As part of Fopspeen Moving Pictures, Charles Badenhorst has worked as animation director, D.O.P, animator and sound designer on various award-winning short films. In his individual capacity, he has directed and animated two poetry-films which have won awards nationally and internationally. 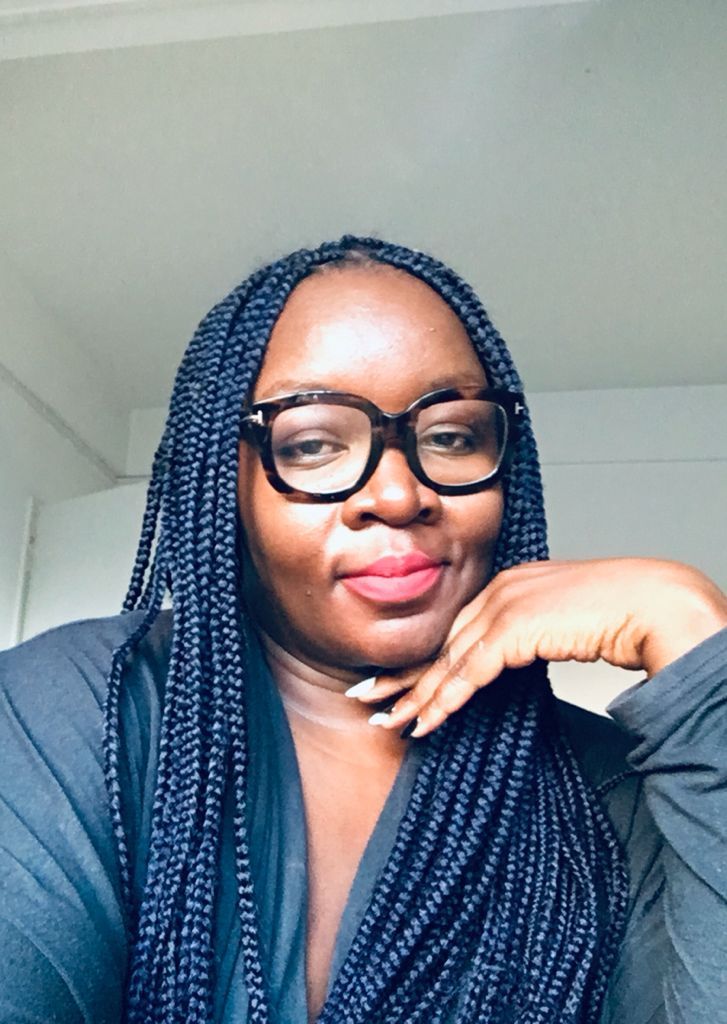 Chisanga Kabinga is a Zambian writer-director living in South Africa, who began her television writing career in 2003 work on South Africa’s top performing soap, Generations and soon branched into writing for other formats, including developing on-line content for the inaugural sea-son of Big Brother Africa. Her writing portfolio includes John Hopkins/USAID funded educational dramas like Tsha Tsha, Soul City, Soul Buddyz and the ground breaking Peabody Award winning Intersexions, for which she was also nominated for a South African Film and Television Award (SAFTA).

Through her experience developing educational television dramas, she has learned the power of television in shifting perceptions and culture through compelling and entertaining drama. She has written on several top grossing South African and Zambian dramas and soaps as story-liner, script editor, consultant and head writer. Her directing portfolio includes the award winning productions, A Place Called Home, Soul Buddyz and on The Mating Game. She also works as a feature film editor on National Film and Video Foundation projects. Chisanga co-created, co-write and co-produced Kowethu, a 13 part drama series for SABC 1. Her short story, Display Cabinet, was published by SA PEN as part of their New Writing from Africa series for 2009.

She continues to work as a writer, script editor, editing consultant and independent producer. Her company 20 Feet Tall, has also been awarded series development contracts for Zambian dramas commissioned by Multichoice’s, Zambezi Magic. 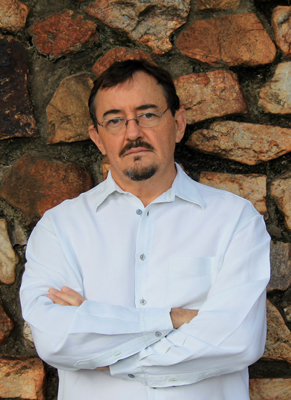 Diek Grobler is an award-winning South African artist working in a variety of media and disciplines – including painting, illustration, performance art, and animation.

If forced to classify his work, the term Magic Realism gets closest to what he attempts to achieve. Grobler’s work is inspired by seemingly insignificant common occurrences which, when scrutinized more closely, contain human drama. Everyday ideas are placed in new and unusual contexts, heightening their ‘strangeness’.

A recurring theme is the relationship between spirituality and reality with the use of biblical narratives depicted in a contemporary context. Humour and irony are the tools he uses to subvert expectation. 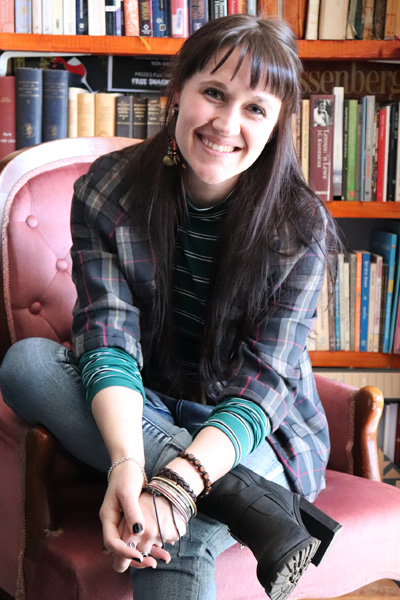 Erentia Bedeker, writer, animator and artist born and bred in Damaraland, Namibia. Bedeker studied at the University of Stellenbosch where she received a bachelor’s degree in Acting and an honour’s degree in Afrikaans and Dutch. She is also a published poet, freelance puppeteer and performer with a post-grad in education. She is one of the directors of Wreckless Creative, a two-man graphic design and animation studio. Most of her work is done as an independent animator and relies on funding from institutions like the National Film and Video Foundation (NFVF). She just finished her third short film, Ruby & Roach, produced by Abyss South Africa. Bedeker prefers working with stop motion animation. Although it is more time consuming and labour intensive, she enjoys crafting the characters and story worlds and allowing them to take on a life of their own. In stop motion the medium you work with dictates what you can and cannot do. These restrictions force the animator to think out of the box and often lead to fascinating and unique results. 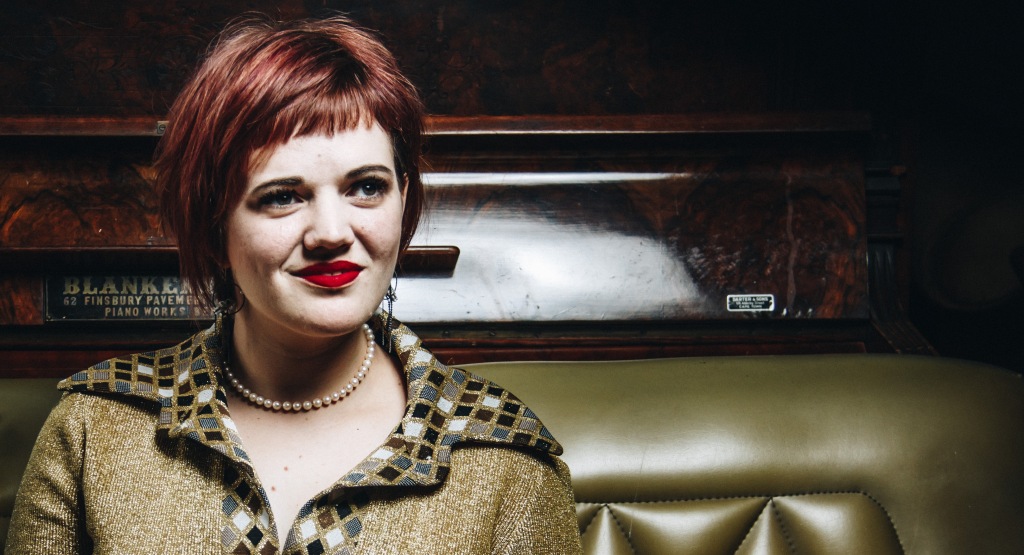 Mart-Marie Snyman is a film composer, performing artist, synthesizer enthusiast and holistic piano teacher based in Pretoria, South Africa. In 2012 she obtained a BMus in Performing Arts from the University of Pretoria with distinction

As composer, she has written music for numerous short films, animations, advertisements and podcasts. The animation ‘Ruby and Roach’ for which she composed the soundtrack won two awards at the Durban National Film Festival in South Africa and will be screened at thirteen international and national festivals in 2020-2021. 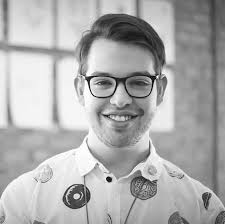 Imile Wepener is an artist and illustrator from Kempton Park, South Africa. Imile earned a BA Honours in Visual Communication (specializing in Illustration) in 2015 from The Open Window Institute in Pretoria. Imile added the skill of puppetry to his repertoire that also includes sculpture, animation and painting.

He currently mostly works as a freelance illustrator, having created commercial illustrations for Standard Bank; Exclusive Books; PUMA; Motherland Coffee; Scholastic; Karen Zoid; Bouwer Bosch; Desmond and the Tutus; Shortstraw; Donna Magazine and many others, for which he was ranked #17th best illustrator in South Africa by the Loerie Awards and as one of 50 of the best Emerging Creatives by the Design Indaba. 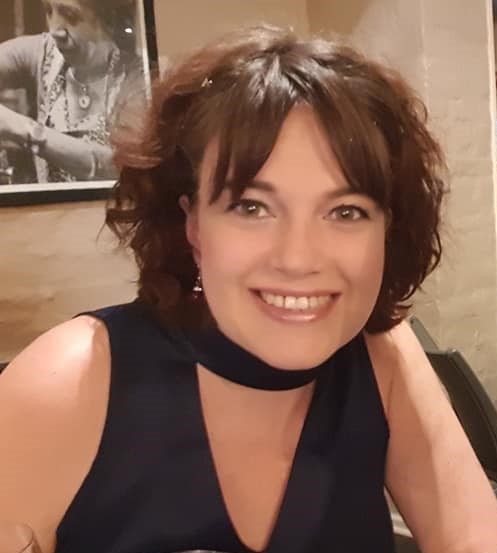 Natasje van Niekerk started her career in the entertainment industry as an actress. After landing a job on SABC 2 on a children’s show, acting soon became writing. Shortly after she joined the writing team on the acclaimed South African soap Generations, and continued the soap track with Muvhango and Binnelanders. This was followed by a selection of sitcoms (Askies, Pottie Potgieter and a few unproduced ones), magazine programmes and drama series. Then Magic Cellar happened…

The first multi-award winning African animated series Magic Cellar swept her off her feet and opened up the wonderful world of animated series. It also provided an opportunity to be mentored by Clive Endersby, acclaimed Canadian story editor.

Fifteen years in television later and Natasje has a list of children’s TV shows, international animated series and PSA’s and many SAFTA nominations under her belt. She is most proud of her work on an animated series of PSA’s for malaria awareness with Firdaus Kharas (Chocolate Moose Media) called Buzz and Bite that won multiple Aroras, most notably for Best Comedy. Most recently, Natasje was Executive Story Editor on three animated children’s series – Luminati, Fledgelings and Fishpaste for international release.

In 2015 she started The Storyteller Pod. 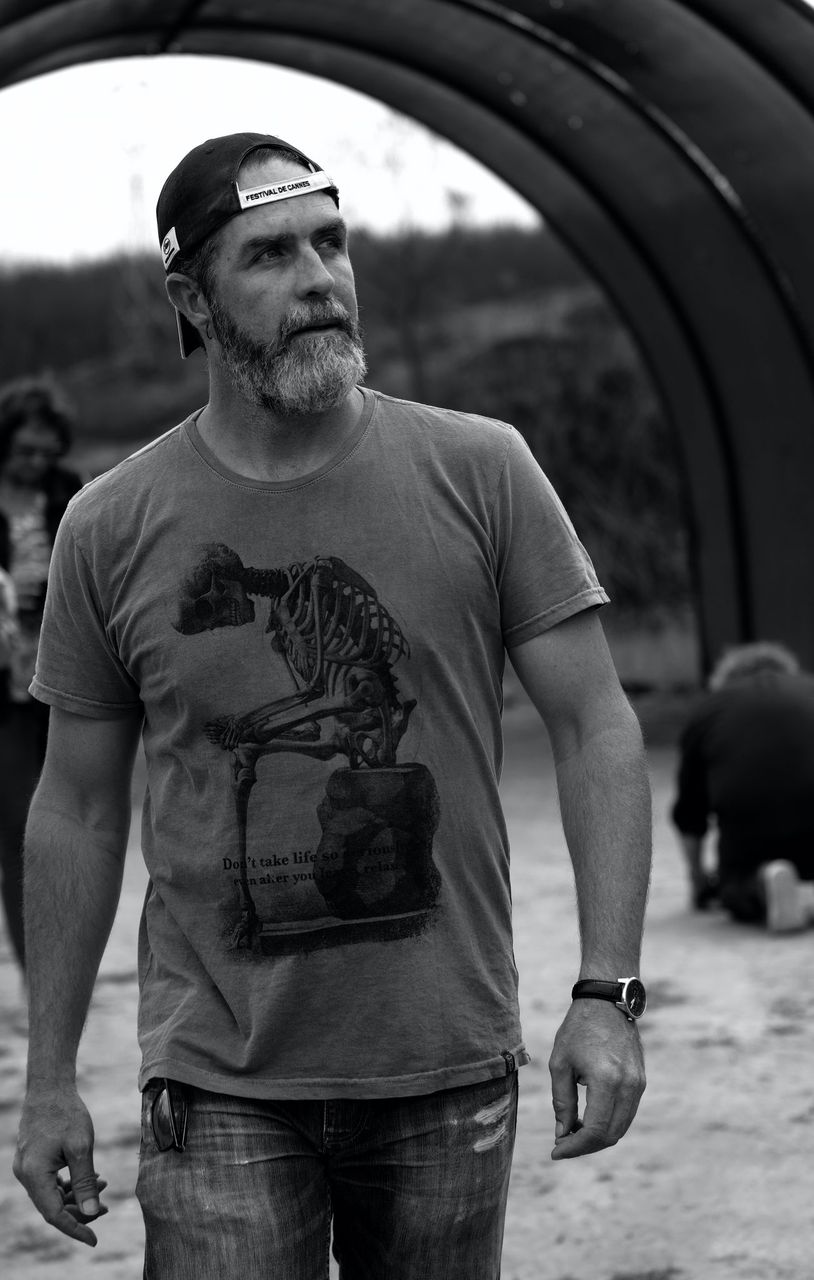 Pieter Lombaard is an independent Producer/Director. In 2001 he started his career as a television cameraman and editor before he moved on to direct television inserts in 2002. In 2003 he graduated to directing TV series. Since he teamed up with partner Cecil Matlou in 2006, he has directed various award-winning music videos and short films before he tried his hand at producing, which resulted in the 2010 SAFTA winning reality show, Our House. In August 2012, Pieter finished his first feature film, The Forgotten Kingdom. 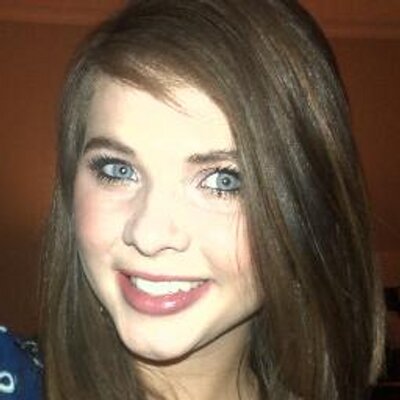 She works in many art mediums but work mostly in digital art currently. She works with many different subject matters for her art and enjoy bringing ideas to life with contrasting and harmonious colors and bold compositions. As an artist, she is a storyteller with a passion for film/animation industry and finds joy in the visual journey of the creative process.